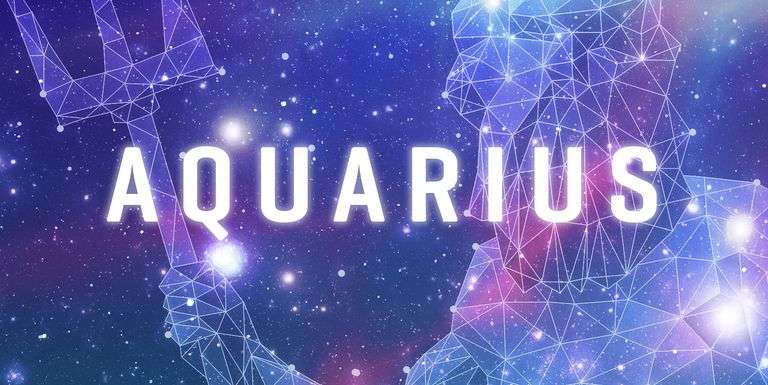 Aquarius man is a fascinating, but often confusing, individual. Many people are interested in him, but few ever fully understand. This is due in large part to the perception that Aquarius men are either ahead of their time or have ideas so revolutionary and new that many people aren’t ready to listen. Aquarius men feel isolated from society and can thrive when they are surrounded by like-minded people who share their visions for the future.

They are often viewed as eccentric geniuses with brilliant ideas and plans, but they may not be able to bring them to fruition. They are social personalities that move in very diverse circles, like the high school boy who could somehow move seamlessly between the jocks and the geeks without much friction, and get along with everyone.

You might notice that an Aquarian is friendly with everyone, and he may even say hello to gallery owners and servers wherever he goes. But who really knows about him? Few people have the patience to peel away all layers and find out what makes him tick.

An Aquarian man’s silvery heart is like an antiquated clockwork wonder. This Uranus-ruled man pulls out all the cogs and springs and tries to fix it himself. But sometimes, his emotions can get mixed up with his logic and cause havoc. 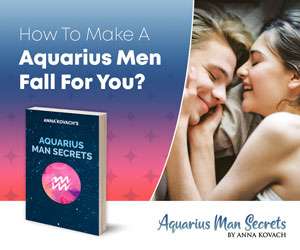 Aquarian men are the original sexy geeks and they are beloved by those who consider intelligence the ultimate aphrodisiac.

These men are funny and have a sense of humor that borders the absurd. They use this tool to charm anyone they are flirting with – which may be several people at once. Aquarians are notorious bachelors. It takes someone who is very forgiving to live with their eccentricities over the long-term. They may have to go through several marriages before they find a truly compatible partner. Are you and your Aquarius compatible Find out.

These men are completely unique and refuse to conform to society’s expectations. It may show in their choice of profession or clothing choices, but it will always be evident in their unusual choice of mate. They are often drawn to someone more unusual and transgressive than themselves, so they often pair up with fellow Aquarians.

The Aquarian man, even if he is not married, can have a businesslike approach to sex romance or love. He may prefer to have only “friends with benefits”, as these relationships can feel transactional. He may be detached or humorous in his attitude to sexuality. He is also known for leaving behind a trail of broken hearts and being callous.

An Aquarius may be open to experimentation in eroticism. He might enjoy mind games, role playing, or using science-based sex toys to make love. Aquarians may not be able to physically indulge in the things that interest them, so it is helpful to have an open-minded partner who is willing to explore new realms with them. 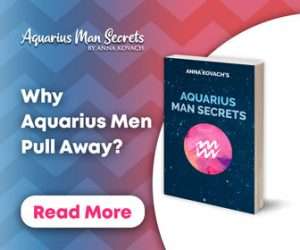 Aquarian men can sometimes feel like they live in a laboratory. There are often pieces of his current projects scattered around the house, and there is always something going on in the fridge. Aquarian man is always occupied by a new and bizarre hobby, and rarely lets go of any traces of his past glamour.

He is a sucker for memorabilia that has to do with his chosen profession or latest obsession. If you share a house with him, he might need his own man-cave.

Aquarian men are often a bit disorganized and unsure of their own personalities. Their children are more interested in them than their own. They can participate in their education and have the ability to engage in conversation. Empathy for their children’s feelings is what makes them shine. Aquarius dads are able to play and laugh easily and will be open to letting his children be themselves. He will also be open to helping them become the person they desire to be. 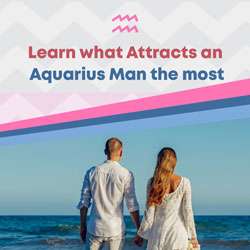 Aquarians don’t like boring, monotonous desk jobs. They prefer to make their own schedules, not be restricted by corporate structures or rules that limit their creativity.

Aquarian men will thrive in the realm of creativity and ideas. Aquarians are able to bring people together to aid humanity, which is why he uses his brain and incredible intelligence to try to solve old problems. Although he is driven by Utopia and the creation of a better world, he can sometimes get lost in the details and lose sight of the bigger picture.
The ideal Aquarian man will use his genius to help out charities or be part of creative movements. This Water-Bearing genius can often be found helping out at music festivals, teaching college students transgressive politics, and trying to find cures for terminal diseases. You can always count on his profession to be somewhat unusual and completely unorthodox, no matter what he does.

Aquarians love to explore the universal mysteries of life and are interested in spirituality, oneness, unity, and other concepts. He may be a team player, but he can also put others off by his quirky ideas and unconventional tactics. This man is a strong believer and will often convince his team to see his point.

Aquarius, as an arbiter and champion of humanity, is like a light shining through the darkness. However, he must not get too lost in his unique perspective and lose himself in a fervor for rhetoric like a 1960s cult leader who has alienated his flock.

The Aquarian man can struggle to save money, but his charisma and charm have a way to attract wealthy investors who believe in his visions of the future. He can become extremely wealthy if he manages his finances well.

Gift Guide of the Aquarius man

You will find gifts for Aquarian men who are fond of the unusual and love to hunt for unique things. While he may be able to use and value the fancy electric razor or tooth-cleaning device you bought him for his birthday, he might not be as excited about the unusual Victorian stereoscope or antique jade-handled magnifying glasses.

Aquarians love objects that have both form and function. Anything that appeals to their childlike curiosity and inquisitive nature will be a winner. Do not gift him anything boring. He may take your lack of interest in something too practical as an indication that you aren’t interested.

His cerebral intelligence is always captured by books, comics and magazines. The more bizarre the print, the better. This air sign will light up when you’re willing to dig through piles of books at an antiquarian bookshop to find the obscure medical text he dreams of or a rare print of a controversial political pamphlet. This air sign loves to think, wonder, and let his mind wander. Give him something to keep his attention.