Numbers 123 and the Planets

People born on day 1, 10, 19, or 28 of any month, or whose destiny or name number adds up to 1 are ruled by the Sun. The Sun is the star that most clearly represents these people. The qualities of the Sun described below are most clearly visible in people who have a psychic number of 1.

The Sun is the father of our solar system. All planets revolve around the Sun, and life on Earth is dependent on the Sun. Any planet that is in conjunction with the Sun loses its power, and any planet that comes too near the Sun becomes retrograde.

The Sun is the King of the Solar System

The Sun is the king of the solar system. The Sun follows the laws inherent in the particles of energy. The Sun, known for its regularity of movement, completes one revolution around its own axis in twenty-five days or so.

According to the Hindu scriptures, our Sun is the dwelling place of ancestors and is the first of eight vasus (dwelling places of consciousness). The Sun’s body is made of gas that is visible with the naked eye, and it emits enough light to power the Earth.

Our sun represents a person’s consciousness. It is a kshatriya (warrior king) on a chariot, driven by seven horses (which represent the seven rays of light). Its chariot moves steadily on a solitary wheel. The sun gives an assertive, individualistic, exuberant, and proud nature.

The Sun is an Immense and Stable Male Energy

The Sun is an immense and stable in male energy. It is associated with Vishnu, the purifying and preserving god of the East. The Sun represents a respectable, firm, and royal nature — strong, powerful, and full of authority.

The Sun is friends with the Moon, Mars, and Jupiter. Saturn, Venus, Rahu, Ketu (the north and south nodes of the Moon) are its enemies. Mercury has a neutral relationship with the Sun. According to astrologers, the Sun passes through one of the twelve zodiac signs each month.

The Sun is at its peak in Aries

People who are influenced by the Sun are masculine, authoritative, strong, witty, extroverted, helpful to friends, and brutal to enemies. These people are like lions. The upper half of their body is more developed than the lower half.

Sun natives are ambitious and achieve fame in their field of work. Sun-born people have a bile-dominated temperament. The Sun rules over the right eye, right nostril, pingala nadi (right channel), the right side of the body, and the left hemisphere of the brain.

Number 2 and the Moon

People born on certain days of the month are ruled by the moon. These are people who were born on days 2, 11, 20, or 29 of any month, or whose destiny or name number adds up to 2. They are most clearly influenced by these qualities of the moon.

Without the Moon, life on Earth would not be possible. We are affected by the Sun, the source of all life, but we cannot survive on sunlight alone. We need the Moon to reflect the light of the Sun onto us, which allows us to live.

The Moon reflects the light from the Sun. This light is transformed by a special gem called a moon crystal. The crystal adds color and healing properties to the light, which affects us on Earth.

Soma is another name for the Moon. It means nectar. This reveals the presence of nectar in Moon. The Moon is not merely a physical body made of particles of energy, but also energy that nurtures the world of names and forms. It is creative energy, which is magnetic and positive. 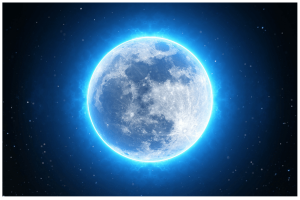 The Moon is curious and Imaginative

It is because of these variations that the Moon controls the emotional nature of all individuals. The Moon makes people changeable, giving them a taste for aromas and perfumes, a love of water, and a need to nurture. It brings honor and prosperity to its natives and makes them lovers of privacy.

The natives are vulnerable to disease, colds, skin complaints, and heart problems. They are mostly fair in complexion with round faces and curly hair. The lower part of their body is often more beautiful than the upper part.

The Moon is exalted in Taurus and rules Cancer. In Capricorn, the Moon is debilitated, and Scorpio is its sign of fall. The Sun, Mars, and Jupiter are friends to the Moon while Mercury, Venus, Saturn, Rahu, and Ketu are enemies of the Moon.

Those born under the sign of the 2 are the peacemakers of the Zodiac. They are lovers of justice, are very sensitive, and lovers of poetry, music, and art. If females, they are very beautiful and very feminine. Those born on this day have a more mucus-dominated temperament. The Moon rules over the left eye, left nostril, ida nadi, the left side of the body, and the right hemisphere of the brain.

Jupiter is the ruling planet of people born on day 3, 12, 21, or 30 of any month, or whose destiny or name number adds up to 3. People who have these numbers in their charts are blessed with Jupiter’s qualities. Jupiter is a giant, self-illuminating planet that radiates more energy than it receives from the Sun.Jupiter, the largest planet in our solar system, is known by the term Guru, which means both “heavy” and “remover of darkness” in Sanskrit.

Jupiter is a Teacher of the Gods

Jupiter is a teacher of the gods, a teacher of righteousness, justice, and self-knowledge. As the guru of the gods, Jupiter helps us with our spiritual growth, mirroring our growth back to us, helping us solve our own problems.

As per Hindu scriptures, Jupiter is a planet of courage, boldness, power, hard work, energy, knowledge, and speech. One Sanskrit name for Jupiter is Vachaspati: vacha comes from vak, which means “spoken words” and pati which means “Lord.”)Thus, Vachaspati is Lord of Speech.
Jupiter is a planet that rules over Sagittarius and Pisces. It is exalted in Cancer and debilitated in Capricorn. Gemini and Virgo are its signs of detriment. Jupiter is the natural Lord of the ninth house and the twelfth house.

Jupiter is a very important planet and rules over education, marriage, and progeny. It also determines the lifespan and status of your husband. Jupiter is important for all women because it is one of the most influential planets in astrology. Its placement in a woman’s chart determines the character and behavior of her future husband.
A weak Jupiter in your natal chart delays the possibility of marriage. When Jupiter is conjunct with or opposed to the Sun, Saturn, Rahu, or Ketu, a divorce is likely for those with a Gemini or Virgo ascendant. These planetary configurations bring obstacles to marriage in general.