Numbers 456 and the Planets

People born on 4, 13, 22, or 31 of any month, or whose name number or destiny adds up to 4 are ruled by Rahu. The qualities of Rahu described below are most clearly visible in people who have 4 as a psychic number.

Astrologers, astronomers, and numerologists alike are interested in the nodes of the Moon. These points are important because they represent intersections where the Moon’s path intersects with other paths of planets. The Moon is universally recognized for its powerful emotional influence on humans.

Nodes are not Points in Space

Nodes are not points in space. They are always retrograde, so they never move forward. Astrologers and astronomers began to use them to predict the time of solar and lunar eclipses. Astrologers called the nodes “half-planets,” because their work was so important.

Also, they are not real entities, so their influence is different in every chart. They affect the mind more than anything else. Rahu, the north node of the moon, is a disruptive force that changes people’s behavior on many levels.

Rahu is the malefic planet of the natal chart. It is associated with dissatisfaction, hedonism, and revolution. Its natives are lazy, confused, and eternally dissatisfied. They are prone to fear, anger, hatred, and plots for revenge. Rahu makes its natives lazy, lethargic, dull, ignorant, fearful, angry, hateful, and revenge-seeking.

When Rahu is in a favorable position, it gives its natives a talent for art and writing. It brings them success and fame. It also makes them physically attractive and beautiful. However, it can also make them smart, bold, and secretive.

Rahu is a planet that makes people interested in politics. Rahu’s natives are often in opposition because they see the unseen side of all truth in existence. When Rahu is conjunct with Jupiter or Venus, it gives its natives access to secret sciences, Tantra, astrology, etc. 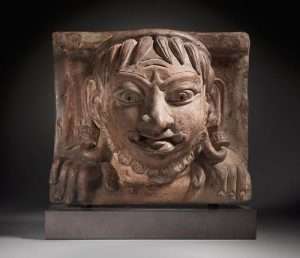 Rahu is Associated with the Physical Body

Rahu is associated with the physical body. It influences bones, fat, tissues, and skin. Rahu makes its natives travel abroad or be sailors. Its negative influence makes you insensitive.

Rahu causes all sorts of problems. It causes its natives to be pessimistic, selfish, and egotistic. It can cause them to feel like they are living in a prison. Rahu can make you go through life feeling like you are constantly getting harassed by people who don’t have your best interests at heart. Rahu also makes people do evil things against their will, and it can even lead to suicide. Rahu rules the zodiac sign Virgo, which is ruled by Mercury.

Rahu is exalted in Taurus and Gemini, and Scorpio is its sign of fall. Rahu likes Gemini, Virgo, Sagittarius, and Pisces; it is at war with Cancer and Leo. In Taurus and Libra, Rahu is more powerful. The best houses for Rahu are three, six, eight, nine, ten, and eleven.

Rahu’s color is dark or smoky blue. It’s associated with the wind. Astrologers associate Rahu with smoke, which obscures everything. People who are influenced by Rahu easily get irritated, use obscene language, lose control over their nerves, and become disruptive.

Apart from its good and bad points, Rahu is a unique energy force that gives its natives a unique perspective of the world. That outlook can be very healthy for human consciousness. Rahu gives its natives courage, patience, and intelligence, which they use to raise the voices of the people who are downtrodden by the privileged few.

Here’s how to tell if you’re a 5. Mercury is the ruling planet of people born on the 5th, 14th, or 23rd of any month, or whose destiny or name number adds up to 5. Mercury describes qualities that are most clearly visible in a person who has a 5 psychic number.

The smallest planet in the solar system is Mercury, which is famous for its quick response, changeable character, ready wit, and restlessness. It is also known as a youthful planet—the planet that is always young. Its Sanskrit name, Kumar (youthful), indicates its youthful and princely nature.

In Sanskrit, the name of this planet is Buddha. Literally, it means intellect, an aptitude for logic and reasoning, mental alertness, and ready wit. It is related to the respiratory system, nervous system, speech, education, and intelligence.

Mercury is a Planet that is Neutral in Gender

Mercury is a planet that is neutral in gender and is known for its moisture. In the Hindu system it is said to be a merchant by nature. It is a planet that takes risks and gambles, one that goes from one extreme to the other. On the one hand, Mercury-dominated people love physical comforts and money. On the other hand, they don’t care about money or physical comforts.

They also love the arts and sciences, and want to understand themselves and others as clearly as possible. They are attracted to astrology, numerology, palmistry, physiognomy, graphology, and psychology. They love modern ideas that help them understand these things; they are rational and analytical.

Mercury is a planet of mixed temperament. It makes its natives think of both pros and cons at the same time. Mercury is a learned and scholarly planet, and people born under this sign enjoy the company of like people. People with a Mercury in Gemini are able to stand out from the crowd when they need to, no matter what role they play in society.

Mercury is in a neutral phase right now in its relationship with the Moon. The Sun, Venus, Rahu, and Ketu are friendly with Mercury. Saturn, Mars, and Jupiter are indifferent toward it. Mercury feels enmity toward the Moon but the Moon does not feel the same way with respect to Mercury.

Venus, the morning star, is the most radiant planet in the eastern sky before sunrise. It can be seen with the naked eye twice—before sunrise and after sunset. A benefic planet with a feminine, watery nature, Venus has two different images. One is in mythology and one in astrology.

One image is that of a fair-complexioned youth who is an embodiment of love and sensuality. His body radiates with sensual energy, his eyes are attractive, and his curly hair is sensually attractive. He is an outgoing hedonist. His other image is that of a teacher (acharya) of the antigods (asuras) in which he has white matted hair and a big beard. 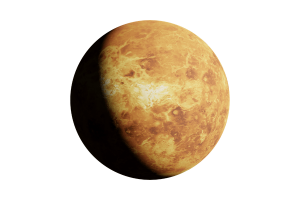 Venus is Known by Many Names

Venus is known by many names. It’s called Shukra (literally meaning semen). Venus is the presiding deity of the senses, of the sensuous side of life, including romance, beauty, passion, sexual pleasure, and the fine arts like music, poetry, and dance. It also governs the eyes, throat, chin, kidney, and reproductive system.

Venus is active and rapturous. It gives its natives an active, artistic, sensual, and passionate nature. These people are beautiful and have proportionate bodies (especially the upper torso and upper arms), lotus-like eyes, and fair complexions. Their personalities are happy and graceful.

They are passionate, excitable, and playful. They are interested in experiments with medicine, alchemy, and Tantra. They like to soak in the arts and be mesmerized by entertainers. Their adolescent stage of life is governed by Venus. Women’s influence on men is different than the other way around.

Venus is a friend of Mercury and Saturn. Jupiter and Mars are neutral in their relationship with Venus. The Sun and the Moon are enemies to Venus. Number 6 is regarded as the most fortunate of all numbers from 1 to 9. Those born on the twenty-fourth of any month who are number 6s are the most fortunate.