Numbers 789 and the Planets

Ketu rules over people born on the 7th, 16th, or 25th day of any month. Is a mysterious entity with a positive impact on the destiny of those who have 7 as a psychic number. What are some of these qualities?

In astrology, there is a theory of two nodes—Rahu and Ketu. They are placed 180 degrees apart from each other, forming a dragon’s head and a dragon’s tail. Rahu is the head of the dragon. Ketu is depicted as a headless torso with the body of a fish.

In astrology, Ketu is considered a benefic. It is much less benefic than Rahu. This is because Ketu is considered to be a cause of liberation. It gives its natives non-attachment to worldly desires and spiritual tendencies. It bestows wisdom, the power of discrimination, and psychic abilities.

Natives feel the effects of this influence most intensely, becoming highly sensitive and emotional. They feel aversions toward material achievements and become disinterested in the psychodrama of life. They feel that they have no motivations or ambitions. 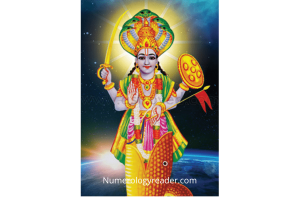 Ketu is a Neutral Force that can be Destructive and Disruptive

Ketu in a difficult position can result in negative health effects. When Ketu is not in a good place, natives will feel weak and may appear to be possessed by ghosts or evil spirits. Ketu can also make natives appear crazy or cripple them.

On the other hand, when Ketu is favorable, natives are able to heal those possessed by ghosts or evil spirits. This makes them interested in the healing arts, such as natural health, psychic healing, witchcraft and the occult sciences, herbs, foods, spices, sound vibrations, and so on.

Ketu-ruled natives are talkative, love debates, and have their own type of logic. They live in fantasies, are intuitive, imaginative, and love to exaggerate. They are shabby in appearance, not caring for their outer image. Ketu’s natives can be well dressed at times and other times not so much. They have an international outlook, accepting truths from all religions and creating religions of their own.

Ketu is the ruler of old age. This causes its natives to have a wind-dominated body chemistry. As a result, they can be restless and frustrated. Mercury, Venus, Rahu, and Saturn are Ketu’s friends. Jupiter is neutral in friendship and the Sun, Moon, and Mars are its enemies.

A lot of people in India believe that in the present era (the dark age), the influence of Rahu, Ketu, and Saturn is greater than ever. This means that astrologers need to know about them in order to be accurate with their predictions.

Saturn is the ruling planet of people born on 8th, 17th, or 26th. These people are extremely focused and disciplined. They are masters of organization and planning. They are also incredibly focused on their work. It’s not uncommon to see them working long hours at the office. They will sacrifice almost anything for their work, including their health and family life.

Saturn is the farthest planet from the Earth. It is slow moving, indicated by its name Shanaishchara, which means “slowly moving one.” Saturn is cold and dry in nature, and it is considered to be the most malefic planet of all.

The malefic effects of Saturn can be experienced in your life when it passes through the twelfth, first, and second houses from the natal Moon. For example, if the Moon is in Taurus in your natal chart, then whenever Saturn transits in Aries, Taurus, or Gemini, its influence can be experienced the most.

Saturn takes approximately thirty years to complete a full revolution around the ecliptic. While it is in a particular astrological sign, its influence will persist for two-and-a-half years. During this time, Saturn will transit through three houses of the zodiac. These three houses together will have a seven-and-a-half year influence on your personality.

Saturn can be a Problem in your Natal Chart

Saturn can be a problem in your natal chart. It makes you greedy, depressed, and gloomy. You suffer from losses, psychosomatic illnesses, and body chemistry problems. This is due to aggravation of the wind humor (a disturbance in the flow of gases in the body).

Saturn is a planet of limitations. When it is poorly positioned in a chart, it can bring obstacles, delays, humiliation, enmity, bad karma, lawsuits, and prison. It makes people lonely, pessimistic, afraid, and subject to premature aging, drug addiction, and suicide.

Saturnine people are not fond of discipline. They are rebellious and may be law breakers. They behave like old men and appear older than they are. This is because Saturn rules over old age, and is sometimes described as an elderly planet. Saturn controls the nails, hair, teeth, bones, skeleton, skin, and nervous system.

In astrology, the planets Mercury, Venus, Rahu, and Ketu are companions of Saturn. The Sun, Moon, and Mars are its enemies. Jupiter is neutral.

Mars is the ruling planet of those with a 9 as a psychic number. These individuals are born on day 9, 18, or 27 of any month or those whose destiny or name totals 9. In general, Mars people are ambitious and want to be in charge. They have a strong sense of curiosity and desire to explore the world around them. Compared to others, they are more stubborn and independent with a “go-get-’em” attitude.

Mars is the leader of the assembly of the Gods. It is respected by the nine luminaries, the nine planets which are facets of the same divinity. It is personified as a strong masculine figure, dressed as a warrior and riding a ram (an animal famous for its combative nature).

The word martial most probably has its origin from the planet Mars and its qualities: a strong sense of purpose, duty, order, and discipline. Mars is famous for such qualities as courage, bravery, patience, and self-confidence. It’s certainly an appropriate name for the product category which is associated with these characteristics.

The Sanskrit language refers to Mars as Lohitang, which means ‘the red one.’ But it’s not the only way to describe its color. Its true name is also Mangala, meaning ‘the angry one.’ Mars is considered a malefic planet by astrologers, because the natives ruled by Mars are egotists who put their own desires above those of others. 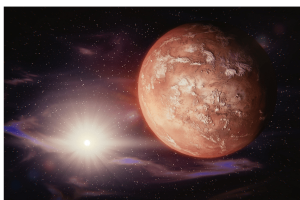 Mars has a bad Reputation

Mars has a bad reputation because it is the planet of war. It makes natives short-tempered, argumentative, lovers of destructive weapons, restless, unstable, cruel, and violent. It can also make them difficult to get along with in social situations. Mars is thought to be malefic because it creates marital problems for its natives when it is placed in the first, fourth, seventh, or tenth house of their natal chart.

Mars has many names in Sanskrit, including Kujar and Rudhir. Mars also relates to the blood. It helps with the muscles and bone marrow, which creates white blood cells to fight off viruses and bacteria. With this connection, Mars helps the immune system.

Mars is a ruler of blood sugar levels, which give courage. Mars gives its natives strength and is related to well-being. However, the instability and restlessness given by Mars makes its natives always unsure, doubting, and impulsive by nature. These qualities create a kind of insensitivity, which makes Mars malefic and makes its natives prone to illegal ventures and illicit love affairs.

People born under the sign of Mars are lovers of martial arts, hunting, and sports. They like to debate and engage in political activity. They thrive on competition and love to win. But they also accept defeat with equanimity. Their energy makes them do daring things, such as walking barefoot across hot coals or fighting a tiger or elephant.

Its natives are particularly courageous. They are at their peak of power from the ages of 27 to 40. The Sun, Moon, and Jupiter are friendly to Mars. Saturn, Venus, Rahu, and Ketu are neutral; Mercury is its only enemy.