Spiritual Meaning Of Waking Up At 2Am 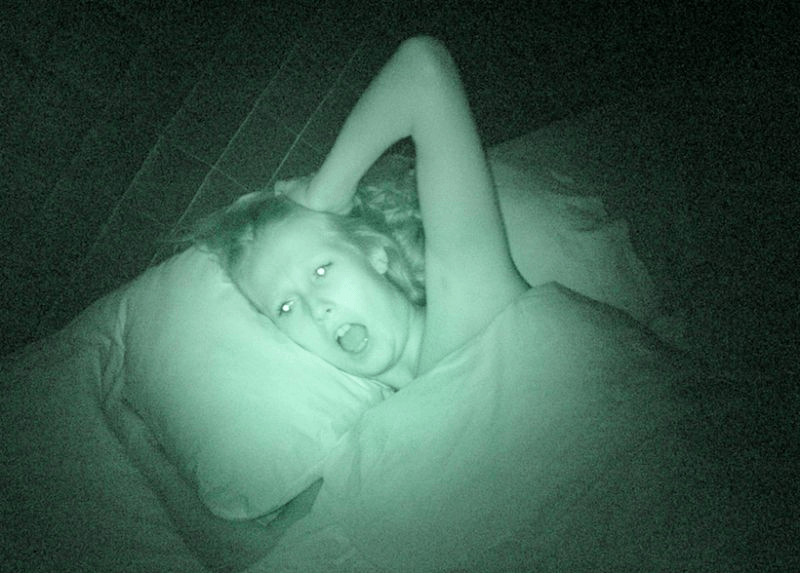 When it comes to matters spiritual, I am always reminded of the fanatical rigidity of political parties to their ideals, in an electioneering period.

However, I always wonder, don’t they realize they are ascribing to spirituality when they start talking of harnessing the power of the sub-conscious mind?

Not to be left behind though, the spiritually sensitive think of themselves as being more enlightened than those who only believe in the physical aspects of life.

Don’t be mistaken that these ‘enlightened’ bat for the same team, however! Save for the common belief that there exist both the physical and spiritual realms, each group has its own ideologies, which are often at loggerheads with the others.’

It will be interesting to see what religious (Christianity), orient and psychic (traditional) cultures have to say about the phenomenon in question.

But before delving into the meat, let us first determine where these physical and spiritual realms are at. 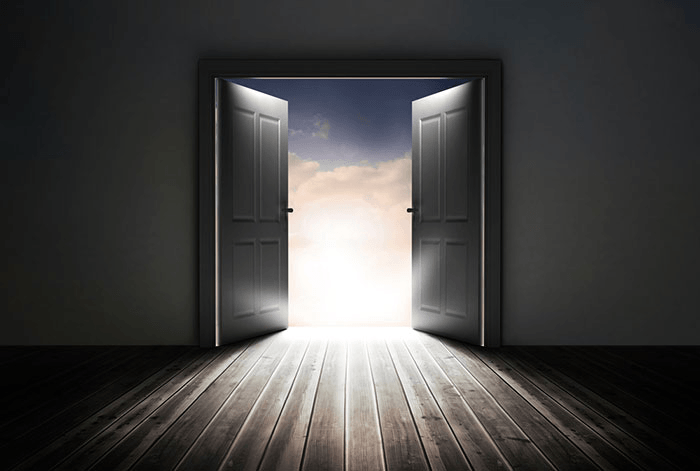 The veil is a metaphor used to describe the barrier separating the physical (where you are), and the spiritual realms.

Alternatively, we can say it separates the physical world and the spirit. In reality though, the physical and spiritual are interconnected, so any barriers are illusionary.

The veil is therefore sometimes called the veil of illusion because it simply constraints or limits you from infinite spiritual awareness.

All the same, there are times we get a beyond the physical experience in the form of seeing non-physical beings like ghosts, getting clear direction and inspiration from spirit, partaking of a multi-dimensional self, higher awareness tuning or expanding your consciousness.

This happens when the veil thins, or dissolves. In some cases, it can be consciously triggered.

What the Heck Causes the Veil to Thin?

Nowadays, veils thin naturally due to plasma light influxes and ascension energy which trigger people to encounter higher consciousness and direct spiritual experience. As more people reach beyond the veil, it thins faster.

Consciously directing attention to the spiritual realms gives you beyond the veil glimpses, which further helps peel away more of the veil. The glimpses are either spontaneous or conscious spiritual experiences that open your psychic abilities.

You are now probably wondering whether it is myth or truth that at times like Halloween/Samhain, the witching hour or in certain places the veil is naturally thinner. Let us look deeper into this…

When and where the vein is thinnest 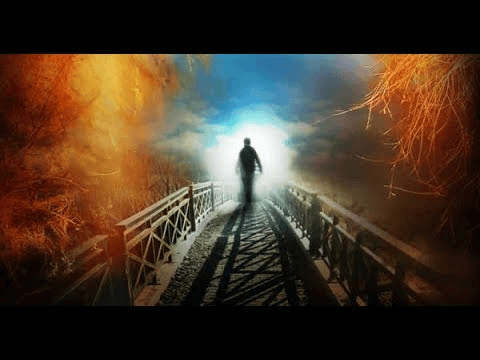 You aced this one! Yes, there definitely are times and locations when the veil is thinner.

These times and locations can be amorphously defined as ‘the Liminal space.’

You get the drift, right?

Of course, different thin places give you access to only the spirits in a particular area. One sure way of consciously peeling the veil is meditation.

I can almost hear you think…… does it also follow then that even people who are not consciously attuned to the spirit realm, sometimes have a run-in with it?

Run-ins with the Spiritual Realm

The thinning of the veil is never without uproar, though not everyone feels it. People highly sensitive to energy changes or those who for some reason can sense energy shifts around them are worst hit at this time.

Some signs that the veil has thinned are:

You may experience all or only a few of these signs. How you sanely survive the thinning of the veil entirely depends on your personal beliefs or lack thereof.

For example, the Christian’s remedy is totally different from that of the traditionalist.

Waking up at 2am – the Spiritual Meaning

So, you consistently (even if not daily) find yourself waking up at 2am, without any cause, and have difficulty going back to sleep?

Worry not, there are explanations from 3 cultures for this and custom-specific solutions that will help you not move like a zombie the next day at work!

At this time, one has had one or two sleep cycles and if dreams have been intense – like relieving painful experiences then it is not uncommon for the body to wake you up to deal with some pent up issues.

Traditional Chinese medicine has a link between the hours of the day and different body parts. Waking up at a particular time thus signifies a problem with the corresponding body part or the emotions associated with it (Spiritual body part) .

1am – 3am is associated with liver function. This is a crucial time for detoxification of the body and the renewal process. The liver breaks down and releases toxins, and makes new blood at the same time.

The liver is the organ tasked with detoxifying blood. When your diet is all wrong, or if waste is not being properly eliminated, your liver is under strain and this may cause you to wake up at this time.

Including lots of leafy vegetables, citrus fruits, avocados, and garlic, in your diet, benefit’s your liver health. You could also see a doctor if you feel your liver is physically ill.

Chances are however high that the cause of waking up at this time could be unresolved frustration, anger, and negative formations. Your ‘spiritual’ liver is trying to get your attention to these spiritual toxins.

Anger management techniques are also handy. In addition, taking some cold water, and trying to think through what angered you during the day helps relieve any pent-up emotions.

The Christian faith does not condone interaction with just about any spirit in the spiritual realm because most of these have evil intentions.

If anything, save for the divine Holy Spirit, all other spirits are rebuked. All the same, the concept is the same. When you consistently wake up at a given time, the Holy Spirit is prompting you to pray for something specific. Many times too, Christians purposely choose to pray during certain watches in order to intercede for particular things.

In the Christian faith, the 24- hour day is divided into 8 watches of 3 hours each. There are 4 such watches during the day and 4 others at night. Each watch is significant for specific kinds of prayer. 2am falls in the 3rd watch of the night that runs from 12am – 3am.

Christian beliefs limit the witching hour to this watch. They believe the watch to be the most demonic part of the night, more so at midnight.

Witches, Satanists, and warlocks start their fun and incantations at this time of the night. The devil has free reign to operate at this time because men are deeply asleep and not many people are praying to oppose him.

During this watch, dreams flow freely. Often we are awakened by the dreams God sends our way. Many times God uses visions and dreams to guide and instruct us. He also uses them to highlight areas we need to concentrate our prayers on. Unfortunately too, the devil also uses dreams (nightmares) to rob us of our peace.

When the Holy Spirit wakes at this time, do not be intimidated by the daunting task but know that He will guide you. Pray for the following:

In addition, general relaxing habits before your bedtime like leaving your window open for about half an hour before going to bed to provide fresh air, a tonic for quality sleep, will help you sleep well.

We have already established that the liminal space between the middle of the night and dawn is one of the times the veil separating the physical realm from the spiritual realm thins. It is known as the witching hour, but the specific times are a matter of debate. Some people think it is 1am-3am, some put it at 3am – 5am, yet others narrow it to 4am – 5am. Let us go with the group that includes 2am in the witching hour, Christians included.

Well you see, in the olden days women found out at this time, when people are usually sound asleep, were believed to be performing witchcraft and would sometimes be lynched for this.

So, do you constantly wake up at 2am? Chances are it is your spirit guides or other energetic beings trying to get your attention.

You see, at 2am you are well rested and relaxed, free of mental clutter, minimal noise generally, be it from other people or electromagnetic energy.

It is therefore easy for spiritual guides to connect at this time. As we become more seasoned, the connection can be made at any time because we are sensitive to them.

What should you do when you wake up at 2am?

Generally, in your everyday life, as much as possible, adopt spiritual practices like meditation, yoga, and exercises. Creative hobbies are also good practice.

I have generally discovered that having plenty of rest, keeping a dream diary, drinking lots of water, honoring the dead, cleansing my space and following the Seven Minute Mindfulness program has helped me overcome the effects of a thinning veil.

I highly recommend taking a look at the Seven Minute Mindfulness program as it also helps relieve stress and get a better nights sleep.

So there, you now have the facts. Don’t get all perplexed next time you wake up consistently at 4am, instead, embrace the interruption by following a redress that is acceptable to you.