Why Do Relationships End After Three Months? 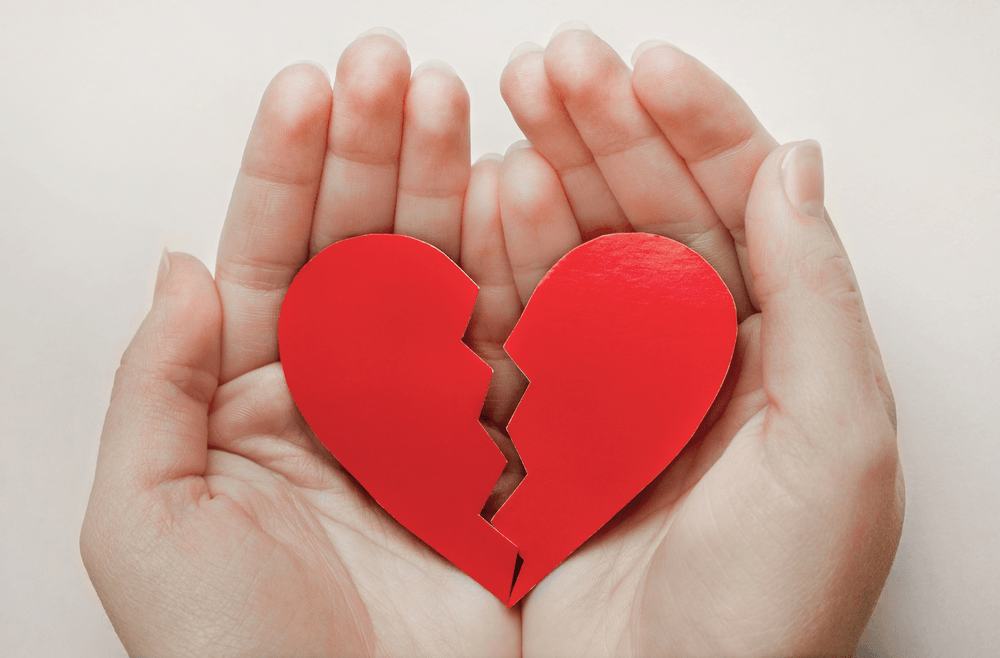 If you’ve looked back at your life and noticed that a lot of your relationships don’t get past the three-month mark then there are some things to look into.

When that happens, it is frustrating, and you feel as though finding love is near impossible. It could be one factor or perhaps a combination of things that lead to the end of a relationship.

There are various reasons why these relationships don’t progress past a certain point. Let’s explore

The first few weeks and even months of dating happen in a daze where the other person can do no wrong.

It is not uncommon for the friends of such a person to raise an eyebrow when their friend’s partner does something questionable.

However, they remain silent.

The reason they do is that when one is in love, or rather heavily infatuated, they’ll defend their love interest for they think they can do nothing wrong. When that happens, you have a whole idea of the person you want to be dating in your mind that you neglect to see the truth about the person in from of you.

However, when the dopamine high ends, you get to see their true colors, and you realize they are indeed not who you thought they were. That then leads to the end of a relationship you once thought was perfect.

Liking the person but not the idea of a relationship 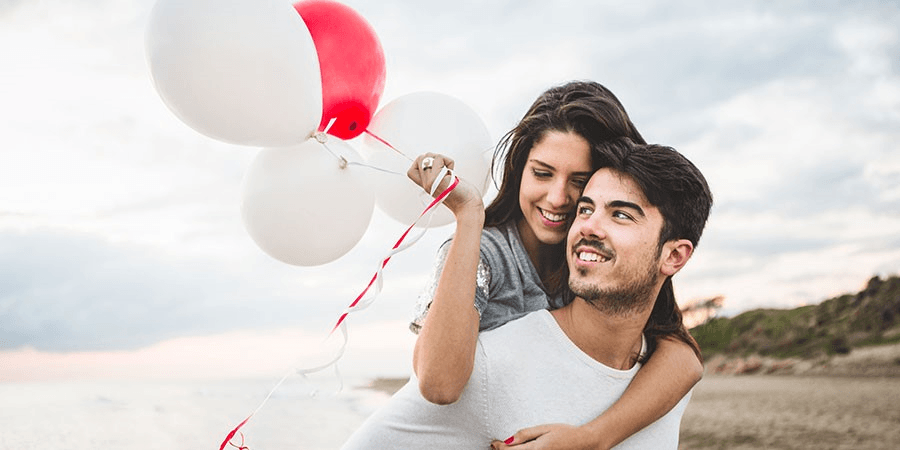 If you’re under this category of people, you likely are in a situation-ship. Here is where two people like each other but one is unsure if they like the other enough to be in a committed relationship. You could have done it to someone, or someone did it to you- either way, it is uncomfortable because you’re in limbo. If you or the other person cannot clearly state what you are or evade the question altogether, three months is typically the mark where one person walks away.

Living in a fantasy world

Expectations are a contributing factor in ruined marriages. The same is the case when you’re getting into a new relationship. Expecting someone to be your best friend, soul mate, and to understand you intimately in a few short months will lead to some disappointing results. Oversharing is overwhelming, and it can lead to someone ghosting you. People typically get into that space when they are desperate for a relationship or have an idea of how a relationship should unfold solely based on a movie.

Not knowing if a relationship is a right move

In some instances, people just don’t know what they want. They have all these overwhelming ideas of what relationships should be and are utterly confused about what to do. Some want to focus on their career instead but still like the idea of love. Others have a lot of baggage from the past that makes them so inconsistent that a person trying to be in a relationship with them gets frustrated and leaves. It’s normal if you experience this type of confusion, but it’s important to let the other person know and find a resolution so that you don’t waste their time.

It was just about the sex 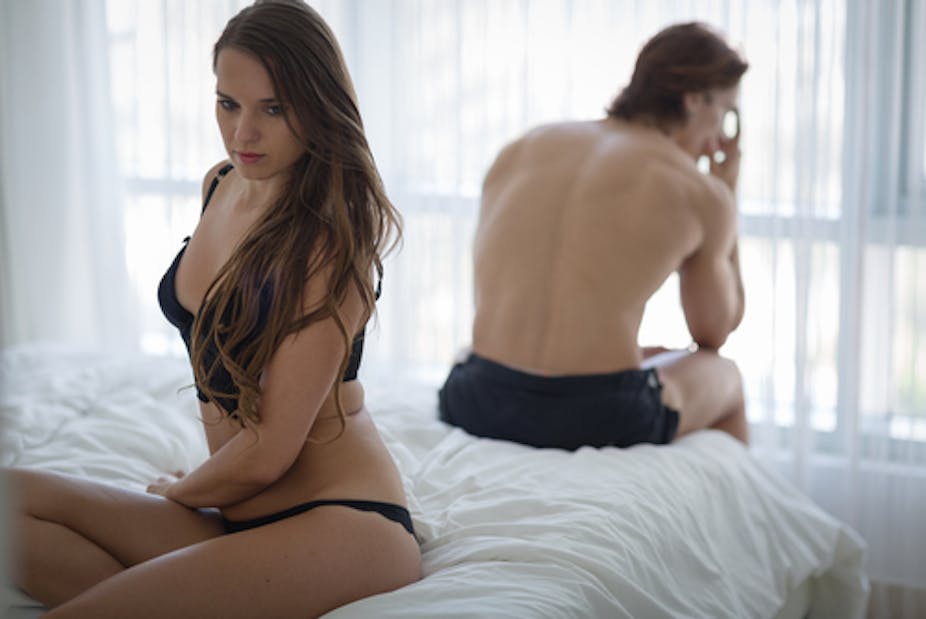 When you’re sexually attracted to someone and get into a physical relationship with them, it might be thrilling for the first few weeks. However, cracks begin to show when you realize you only see each other for sex and you don’t have much to talk about after. That could be disappointing if one person had fallen for the other person only to realize it was just about what they did between the sheets.

When you’re sexually attracted to someone and get into a physical relationship with them, it might be thrilling for the first few weeks. However, cracks begin to show when you realize you only see each other for sex and you don’t have much to talk about after. That could be disappointing if one person had fallen for the other person only to realize it was just about what they did between the sheets.

Different ideas of what a relationship should be

Acro play date 🌱 Thanks for always lifting me up, helping me fly, and keeping me safe 💚 Marriage never looked or felt better than this 😉 Te Amo @ginoplantain #2yearanniversary #MrnMrsPimentel

For one, the idea of a woman cooking a hot meal for him is the epitome of love because that is what he saw his mother do for his father.

However, for the woman, she doesn’t understand why she has to make a hot meal for a man daily when she too works from nine to five and has a long commute.

While this is a classic example of how different people’s ideas about a relationship can be, you should watch out for other subtle differences.

If after three months you realize there is something you absolutely dislike about your partner and you’re trying to change them, it’s perhaps easier to walk away. Sometimes you’re just not compatible with someone no matter how much you like them. 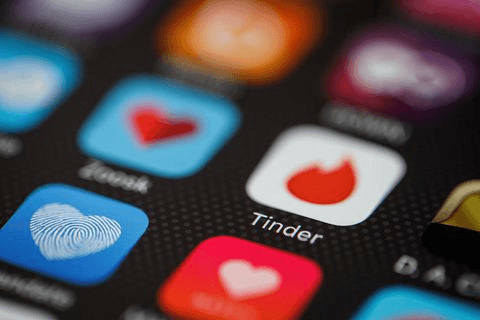 One of the ways people show their commitment to another person is by dating their dating apps. If they are still swiping right, then it shows that they want to be with you until they get someone supposedly better than you.

It is also a red flag and an invitation to cheat, even emotionally, if matched with someone on the app. After meeting someone you like, you too should get off the dating apps as it will distract you from them.

The internet has made the world a lot smaller. Before, people married those within their village. Now we have international love, and a person can find love in any continent through their phone.

That has opened us up to more choices for partners that leave us confused and picky at the same time. We don’t want to make the wrong choices, but at the same time, we are spoilt for choice.

Even when you are in a relationship, it is difficult not to make comparisons with posts you see on social media. That leaves to dissatisfaction that can make you leave a good thing for less green grass that only looked good because of filters.

Living in an instant-gratification society has made us less patient with each other. We want our relationships to progress with the same rate as those in our favorite symptom.

It has also made us quite less patient and understanding of people’s flaws because the content we watch glosses over the real human experience.

We show that everything should be picture perfect, failure to which means there is something wrong with a person. If that’s your view of the relationship, then none of them will last very long.

We can only pretend for so long. After the three month mark, it is hard to keep pretending, and the marks fall off one way or another.

It’s usually a rude awakening because there is the realization that you were somewhat cat-fished and you don’t know who the real person is.

Same case for you; if you are trying to fit this perfect picture of a boyfriend or girlfriend, it shows that you’re uncomfortable with the real you. It gets tiring, and even you won’t be able to keep up the charades.

Some people take a while to open up, but for others, even one month on you’re still having a hard time knowing if someone likes you or not.

It can be frustrating, to say the least when you like such a person, and you are trying to figure out where they do stand.

An indication that you better off looking for someone more open is if you are the one constantly initiating the conversations.

It has been sung for centuries now- communication is important! Lack perhaps leads to more than half of the problems in a relationship. When you don’t talk, it leaves room for assumptions which can be dangerous.

Not texting or returning calls is frustrating, and so is being with someone who doesn’t want to talk about your issues. You don’t indeed have to agree on everything; you need to be able to talk about it and come to an understanding.

If you’re having struggles with this a few weeks after getting to know each other, you won’t likely get to that three-month mark.

People can have different ideas of what a relationship should be like and still come to an agreement and move forward together.

However, people who don’t know what their non-negotiables are or deal breakers end up making poor relationship choices.

These are indeed just a few of the reason why a relationship could end after three months. When people have a distorted view of what a relationship should be like, it leads to ending just as soon as it began. A resource like this one can also help you.

You want to check if you are compliant in the relationships that end because it is unlikely that you’re merely having a streak of bad lack.

Another fantastic practice to adopt is to use each failed relationship as a teachable moment to make you better at finding and picking the right partner for you.

The Leo Man’s Personality and Traits in Love, Sex, and Relationships

What is the Relationship between Spirituality and Love

Stages Of Relationships By Months